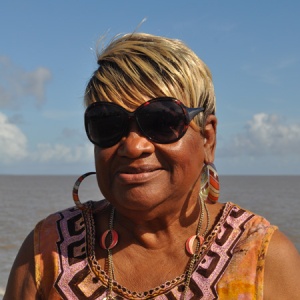 In the far distance one could hear the sound of the motor-bike bring the mid-wife to the home as preparation for the birth of the third girl child was in progress, as she entered the world with the normal slap on her behind and the cry to usher her arrival – in the rural community of Penal deep south of Trinidad, not long after that baby moved to another rural community in the far east of Trinidad, there she spent her formative years, thru primary, and secondary school.

Her college years were in yet another semi urban community before moving into the capital city, where she met and married the city mayor and began her life as the first lady of the capital city of Port of Spain for 16 years, this lifestyle was far different from that of the girl from the rural setting, but she soon learned to rub shoulders with world leaders. Hosting them or on many formal trips accompanying her husband.

When her husband pass on she returned to the rural community giving service and helping women and girls, joined the House -wife’s Association Trinidad and Tobago, the consumer’s women groups. This led to the formation of a few NGO’s one of them being this NRWPTT she is the current President.